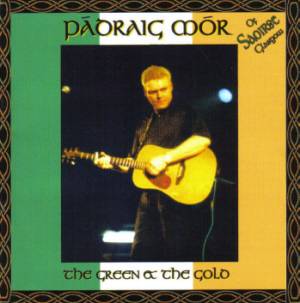 Padraig Mor - The Green & The Gold

Padraig Mor, Glasgows original republican balladeer, has put together a compilation of classic songs on this CD. Big Pats many years on the road should have made him familiar to a wider audience by now. Indeed many will also know him as the front man of the popular Glasgow rebel band Saoirse and more recently from his stints playing bass and adding occasional vocals with Shebeen. However, Pat is a class act in his own right and this CD goes a long way to demonstrating the mans musical talent and versatility. He not only sings, he also plays a variety of instruments as well. From bass and guitar to mandolin and whistles; the result is impressive. He is ably assisted by the haunting violin playing of Julie H who also helps out with some backing vocals on selected tracks. In addition, the equally versatile Glasgow-Irish musician Sean Lyons lends a hand on a couple of songs as well.

Theres an excellent rendition of Bik McFarlanes tribute to Bobby Sands  Song for Marcella. In fact I dont think Ive heard a better arrangement of this song since the original recording by Bik and Cruncher. Its Pats delivery of a song that is most impressive. His vocals are crisp and clear and the voice is very much in the mould of the very best traditional ballad singers such as Christy Moore, Derek Warfield & Gerry OGlacain, but like each of these Pat has developed his own style.

I dont think theres a bad song on this album  Its the kind of CD that would do a never-ending loop on the car stereo and its one of those albums that you can play loud and not upset the neighbours. I would highly recommend that you add this to your rebel music collection.

On the sleeve notes Pat also thoughtfully provides a brief explanation/history of each of the songs. Another nice touch is that Padraig has dedicated the album to the memory of one of the finest republicans of thios generation that Glasgow has produced - Thomas Boydo Boylan.

Hopefully well have some of these CDs for sale on the stall at the TAL Nights in Glasgow and watch this space for details about ordering them direct from the fanzine in the near future. 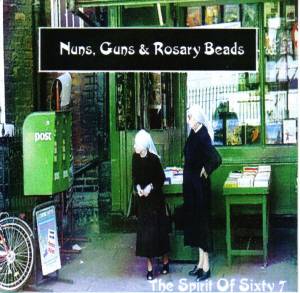 Spirit of 67 are, relatively speaking, fairly new to the rebel music scene but they are proof that Glasgow doesnt necessarily have a monopoly on bands capable of producing good republican music. These lads hail from the east - ken, no that far fae Embra, likesay.

First things first, the guys get the vote for the most original cover and album titlebut theres more to them than simply a good choice of photographs for the CD.  The band have already played at a couple of the TAL Nights in Glasgow and have gone down very well with our crowd. Theyre also gigging regularly at the Brazen Head and have played all over Ireland and Scotland.

Musically speaking Spirit Of 67 are cut from the same cloth as Shebeen. They play a rebel-rousing set live and the CD is a good studio recorded sample of what you can expect from them in a live show. What did stand out for me were the vocal harmonies on a couple of tracks. Theres an original and beautiful version of Four Green Fields that demonstrates the band s vocal talent. Another track to benefit from the backing vocals is the moving ballad Grace.

As well as the republican standards, of particular interest to hoops fans will be the inclusion of Cmon The Hoops which features a medley of Celtic songs and one of the more recent favourites in the stands, The Four Leaved Clover is also included.

You can buy this CD from TAL for £11 (including p&p). Make cheques and postal orders payable to CSC and send to TAL Books, BM Box 266, London, WC1N 3XX 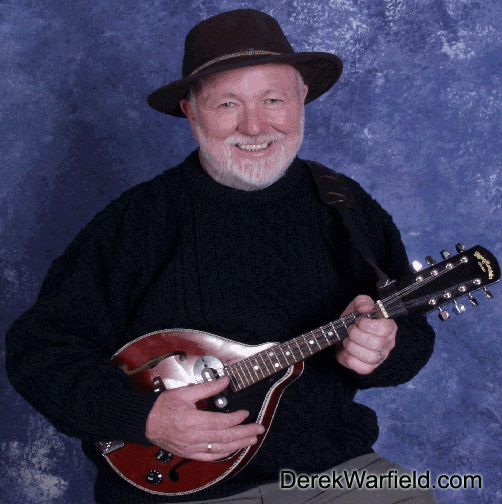 Derek Warfield - A Nation Once Again

The Wolfe Tones Derek Warfield played a great set for TAL in December and May 8th sees Derek and his band return to The Up n Down Club on Glasgows southside for TALs end of season party.

Dereks latest CD - A Nation Once Again - is a treat for all lovers of traditional Irish rebel music. The ballads and reels are performed in Dereks own inimitable style and from the performance on this disc its easy to see why many regarded Derek as the heart of The WolfeTones.

For this recording Derek has assembled an impressive bunch of musicians around him and the quality is there to be appreciated.  Add to that Dereks own musicianship and talent for digging out some great songs from the archives and mixing them together with some fine choices of contemporary ballads and rebel tunes and you have a winning combination.

The 18 tracks featured on the CD include the title track A Nation Once Again plus Rory OMoore, When This Dreadful War Is Ended, The Streets of New York, The Young May Moon/Jolly Ploughboy, Ballad of Michael Hogan. Rising of The Moon, Bold Soldier Boy. The Bold Robert Emmett, Tri-Coloured Ribbon, I Dream of Jeannie, The Men Behind The Wire, Kevin Barry, Some Say The Devil Is Dead, Boulavogue, Let Erin Remember/The Harp, Fields of Athenry & On The One Road.